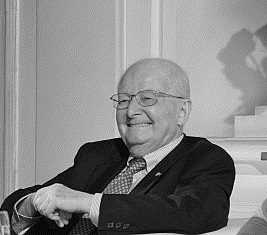 It is with great sadness that we inform all our friends and collaborators of the passing of prof. Jerzy Regulski, the President of the FSLD.

Prof. Regulski co-founded our Foundation in 1989 and played a crucial role in establishing local democracy in Poland after the collapse of the communist state. He was a renowned expert in local governance and contributed to processes of building civic societies in numerous countries in Eastern and Southern Europe, Central Asia and Northern Africa. He was given honorary doctorates by the universities in Łódź (Poland) and Roskilde (Denmark) and gave lectures at 78 universities worldwide. He published about 200 books and articles.

Prof. Regulski, a distinguished urbanist and economist, remained professsionally active until his final days. In 2010, appointed by the President of Poland, he became his advisor in the field of local government. He received two highest Polish decorations: Order of the White Eagle and the Grand Cross of the Order of Polonia Restituta.